This post is a bit different from things I tend to talk about but it's the reality of my journey to date having played two full seasons on my high school's varsity golf team as the youngest player and as the only girl. Please take the time to read this because I am sure that there are other people with similar experiences, be it under the same circumstances or different. I apologize for the long delay in this post. I have been busy focusing on school and golf for the past few weeks and didn't find the time that I felt this post deserved as it is a big one.

Last season (for more details about last season check out those posts) I was a freshman and things were challenging with us being remote for school and everything going on with covid. However, the "team" didn't truly feel like a team and we never really did anything to help us come together. I discovered early on how prevalent issues of sexism, disrespect, lack of caring, and selfishness were.

I felt as though I was constantly making a fuss over nothing so I didn't say anything and it took me a while to actually speak up about it by saying something to our coach about the things that were happening, including them walking past my tees before I had hit, about them making fun of me, about them talking while I was hitting, about everything. When I finally did say something, our coach said something to the team but it wasn't enough because it either didn't stick with anyone or they just didn't care. Nothing was any different. They still did the same things and treated me as less than.

So after having multiple conversations with the coach, our "team captain”, and a few of the players throughout the remainder of the season I had hopes that this year would be different. However, even after promises of change throughout the spring and summer leading up to the start of the preseason, nothing was different. We lost one senior last year and so the team was largely the same makeup of people and while change is difficult when it's already known amongst the group that there are no consequences for not following the rules on the golf course, following the "Code of Ethics" we signed before we could even tryout, or being disrespectful or sexist.

The precedent was set even before the first tee shot in the first group on the first day of tryouts that it was going to be very chill and relax when guys were cruising in two minutes before their tee time instead of in time for the meeting we were supposed to have but never did. 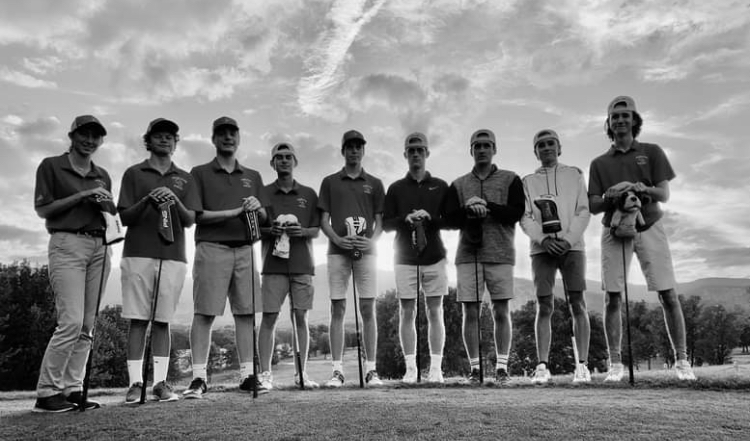 We spent a lot of our time in the preseason, and early part of our season playing rounds at various courses, and every round we played I can think of at least one occasion where I caught someone bending the rules, by dropping in the wrong place, taking mulligans, or not putting out, and I said something about it, and yet nothing happened. Throughout most of our practices, be it range days or on the course, there are sexist comments, excluding me from things, being irritated if I hit it further or if I beat them.

In our first match of the year, I said to myself I was going to prove my spot on the team in an attempt to stop those comments, and I did coming in with a 38 to earn the low score of my team. While the annoyed comments of me beating them stopped, as I helped us go 3-0 in our first match, only one person said nice round to me, which while I wasn’t fishing for compliments was interesting given that they all complimented one another and left me out.

For the majority of our season, I played good golf and that led to the dynamic starting to change in little ways. While I wouldn’t say that I ever felt truly included and as an equal member of the team there were instances where things felt better and I felt like they appreciated my contributions.

Throughout many of our matches I contributed by posting scores to help our team come away with victories, through always trying to stay positive when I saw teammates out on the course, and through trying to foster a sense of community amongst our team after matches by including everyone whether their score had contributed or not. Our team had a lot of depth and all nine of the members had scores included in at least one of our matches.

Yet through all of this never did we feel like a true team, even when we were announced as winners of the matches it was always the group of buddies hanging out with one another and celebrating and then the rest of us. We had busses to two of our matches this year and it was always the group of friends sitting in the corner and then the rest of us and in some cases just me, sitting there not included in the conversation.

Despite the challenges and everything that happened, this season we finished with a 24-1 record, our only loss falling four shots short of the Windham HS Jaguars on their home course. We went into the State Championship as the top-seeded team knowing that we had some competition but hoping to capitalize on the fact that we had all played the hosting course multiple times.

Many of us had worked really hard to get to this point and were excited for what the day would bring. Despite going through a phase where multiple members of our team were battling injuries we made it with 8 players ready to play hard and 1 there to be our biggest fan.

I went into the day knowing that it could come down to a couple scores making the difference and with pressure on me to perform that not only I had put there knowing where my 18 hole scores had fallen in our practice rounds, but also from family and friends who knew it could come down to me and one of my teammates on whether we got it done or not.

So I just decided to play hole by hole and fight for that plaque as if it all rode on me. I started on the fourth hole, which at Rochester Country Club is a downhill par 3, and was just right of the green and was able to putt. I didn’t leave myself the best look for par but made the 6 footer and walked away even. I made par on the next hole and then walked to the par-five sixth hole, I hit the best drive I’ve ever hit on that hole and decided to go for it to leave myself with a little chip into the green. Unfortunately, that wasn’t a very good idea and I ended up making double after ending up in the hazard and then over the green. I was able to put that hole behind me and played the next 15 holes in +4. It wasn’t a pretty four over but I fought for it, I got up and down from everywhere to save pars.

When I was walking up to hand in my scorecard and I saw my teammates all huddling together and my parents and one of my good friends came over and said they were pretty sure it was over, and I had finished it I didn’t really process it. Having the third lowest score, and knowing what my teammates had shot it didn’t click. It wasn’t until scores were officially posted and my coach was there with tears in his eyes that it hit me. After all the work we had put in and all the tears of feeling like I wasn’t wanted on the team, we were state champions! And whether other people acknowledged it or not, I had contributed to us coming away victorious. 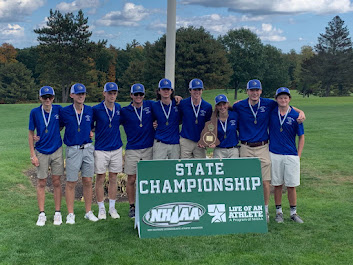 Walking up to receive that plaque and our medals was such a satisfying moment that I will never forget. Especially the man announcing us as the champions slipped up and called it boys golf, and one of the other men corrected him that it was just golf. Even though most of the people there didn’t put together that I helped change that it added to the moment.

Even though we came out on top I still find myself wondering whether all the hours of feeling miserable because of the way I was treated was worth it. But I always come to the conclusion that it was, because I look at how much I grew through it and how strong I became from having to fight for acceptance every day. So girls, don’t give up and keep proving your worth. Because girls belong in this game and someday I hope that posts like this don’t have to be written because people have acknowledged that.

So, after a rollercoaster of a season, my time with this team had just about come to a close. All we had left was our end-of-season chowdah cup and banquet. The Chowdah Cup was as per usual an interesting time and then came our thrown-together banquet. We all were sitting around eating and talking and then moved outside for certificates and gifts.

That’s when I realized that even after everything that had happened and all the times I had been mad at them or hurt by them I still thought of those guys as my older brothers. So to our 6 graduating seniors and the member moving away, thank you for all the memories and moments. You will forever be a part of ORHS Golf history, and hold a place in my heart.

By NH Golfer Gal - October 14, 2017
I have been really busy, with school starting and golf! The U.S. Kids Tour! The U.S. Kids Tour is a great way to introduce kids to tournament play! The U.S. Kids Tour plays good courses for kids and has good age groups!! There are tours in a ton of states, but there isn't one in NH. We will have to work on that. I love playing in a tournament setting, because it helps me practice under pressure, it helps me get used to having a lot of people watching me and it is fun to compete against other girls my own age!! US Kids Golf is a great company for kids golf!!
Read more
By NH Golfer Gal - May 12, 2019
Hi Gals, I want to wish all the Mom's out there a very Happy Mother's Day! I hope you have a great day full of fun and exciting events! Gals, be sure to thank your mom's for all they do fore you!! ~NH Golfer Gal
Read more