Showing posts from April, 2021
Show all

By NH Golfer Gal - April 26, 2021
Hi everyone,  I had my first tournament of the season on Saturday! Getting back out there was so great and seeing some friends who I haven't seen much because of Covid was amazing. I didn't have the round that I should have but am working on keeping my head up. Sometimes pulling the positives from disappointing rounds can be hard but it is important to recognize those things. It's also important to take the time to look back at what was a struggle during the round because in order to get better we have to know what our weaknesses are and improve upon those. Especially after having a rough round, I am more motivated to work harder and improve my game.  Also, this past week was the Hugel-Air Premia Open on the LPGA Tour. This was an exciting event to watch with such great golf being played all week. Brooke Henderson came out with the win, to earn her 10th career victory! Congrats to Brooke and great playing to everyone who teed it up!  The Zurich Classic of New Orleans took p
Post a Comment
Read more
By NH Golfer Gal - April 19, 2021
Hi everyone, Have you been out on the course yet this season? I have played a few times and it feels so good to be back out there. Even though I practiced all winter hitting balls indoors and off of mats it isn't the same as the feeling of being able to play. Coming back after the winter takes some getting used to having to hit different shots and read different greens but it starts to come back to you. There is less than one week before my first tournament of the season and I am beyond excited! I am excited to see some of my friends and kick off the 2021 tournament season. This week the LPGA was in Hawaii for the Lotte Championship, an exciting change to the schedule having the tournament run Wednesday-Saturday. The scores were incredibly low and it was exciting to watch them fire at flags! The Korda sisters had another strong week with Nelly playing herself into her third final group of the year! Lydia Ko, after a strong first three rounds, played a great final round to play hers
Post a Comment
Read more

What a week at the Masters! 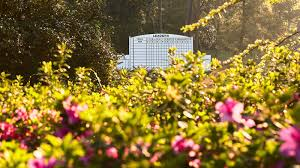 Hi everyone, Who watched the Masters?! As always it was a historic week that won't be forgotten for a long time! There was so much phenomenal golf played!  golf.com Throughout the week there were a few players I had my eye on and some that maybe we didn't expect to see atop the Masters' leaderboard on a Sunday afternoon! Justin Rose shot an amazing opening round 65 to hold a four-shot lead at seven-under-par overnight! After an even-par round, of 72, on Friday, he maintained the lead but only by one. After a solid round of 72 on Saturday he stuck at that seven-under-par number but people started to catch him. After a final round two-over par, 74, he ended up in seventh, which is still a great finish at such a historic event.  Marc Leishman headed into Sunday also at a tie for second sitting at seven-under-par. Marc played a solid round which ended up as a one-over par, 73, to finish tied for fifth with new father Jon Rahm. In a stellar final round of 66, six-under-par Jon p
Post a Comment
Read more

First Major of the Season Recap

By NH Golfer Gal - April 05, 2021
Hi everyone, The 50th ANA Inspiration wrapped up yesterday in Rancho Mirage, CA. There were so many great players in the field and yesterday was a very exciting final round! It was great to see Michelle Wie West back in action and she put together a great opening round -2! She struggled a little bit on Friday posting a +7 79 to, unfortunately, miss the cut by 4 strokes. I look forward to seeing Michelle back out there soon! Shanshan Feng had a great week in her first start on tour since the fall of 2019. After 4 solid rounds, she finished in a tie for 3rd which is incredible in its own right combined with the fact that she hadn't played on tour in over a year! In one of Shanshan's interviews last week she was asked what she did in her time off and she had the best response, "After you get up you think about what you want to eat for breakfast. After breakfast, you think about what you want to eat for lunch. Then after lunch, you think about what you want to eat for dinner.
Post a Comment
Read more

By NH Golfer Gal - April 03, 2021
Hi everyone, Today the final round of the second Augusta National Women's Amateur (ANWA) took place! The 82 player invitation-only field teed it up for the first two rounds, on Wednesday and Thursday, at Champions Retreat Golf Club, located just a short ride away from Augusta National. There were so many incredible shots and great players in the field. It was amazing to see the best amateurs in the women's game playing together! After the second round, on Thursday, a cut was made and only the top 30 (no ties) advanced to the final round of competition that took place today at Augusta National! When play was completed for the second round there was a 5-way tie for 30th place and those 5 women went into a playoff where Maja Stark sunk a long birdie putt to secure her spot in the final round!  On Friday all 82 players in the original field had a chance to tee it up for an official practice round at Augusta National where they were all provided a course caddy. I can only imagine ho
Post a Comment
Read more 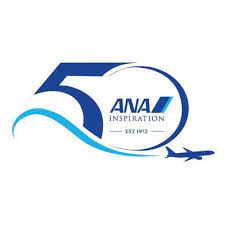 Hi everyone,  This week on the LPGA Tour is the first major of the year, the ANA Inspiration! This event is a huge one and has been called the "Masters of women's golf". Every young girl who aspires to play professional golf dreams about winning this event and taking the famous leap into Poppie's Pond. I know I have!  https://twitter.com/anainspiration This year, 2021, marks the 50th playing of this event. In 1972 the first playing of what was then called the Colgate-Dinah Shore Winner's Circle took place. Jane Blalock, who is from New Hampshire, came out with the win that week! Jane earned the highest paycheck in women's golf at the time with $20,500 (we have come a long way in women's golf and women's sports as a whole but there is still so much to do to eliminate the gender pay gap in professional sports). In 1973, Mickey Wright won the event and at the time it was unknown but it ended up being the last of her whopping 82 victories on tour! Since 19
Post a Comment
Read more
More posts